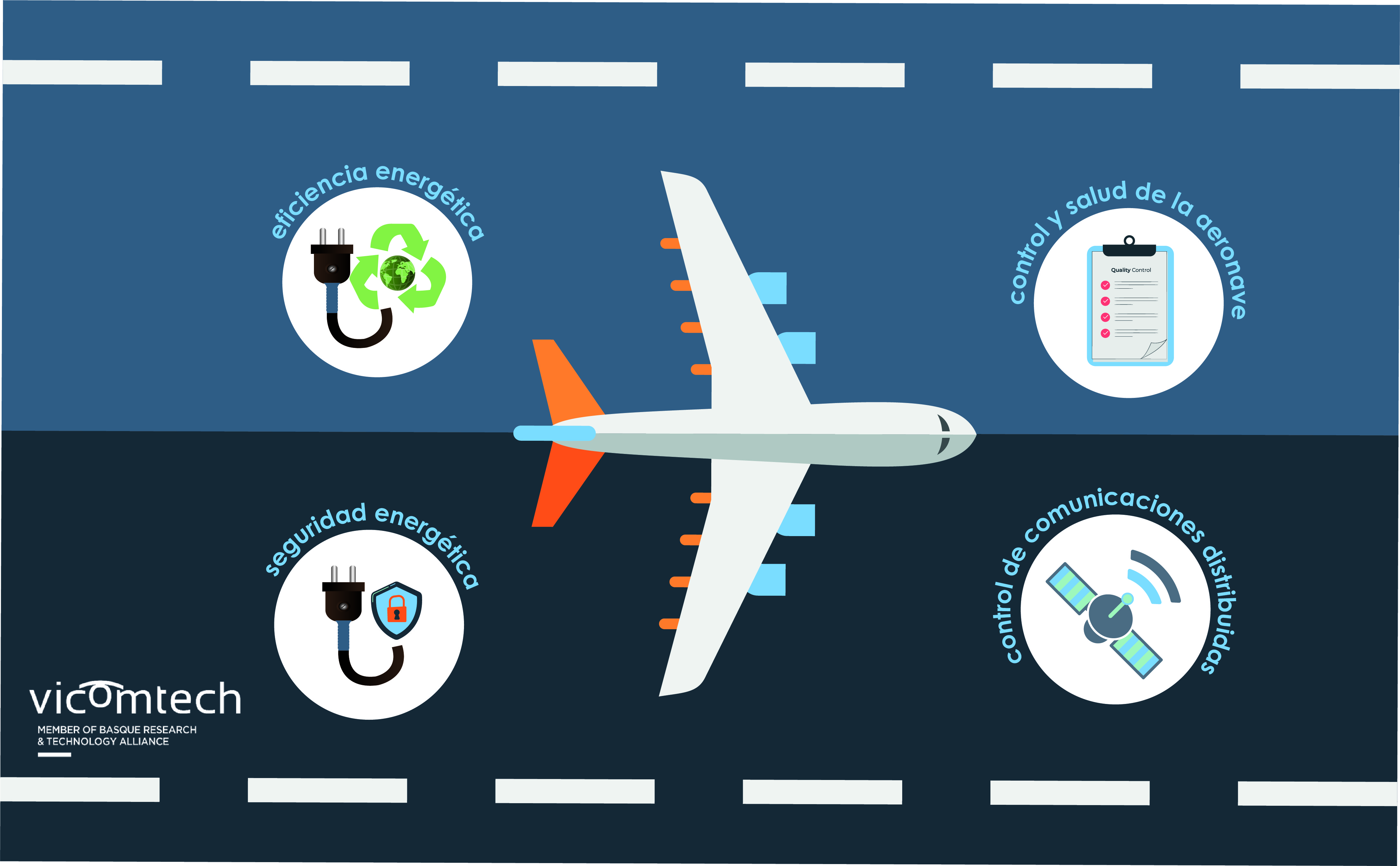 CODISAVA2 is the result of the evolution of the strategic research project on advanced distributed control for the safety and energy efficiency of air transport CODISAVA, developed during the years 2018-2019. The technical activities to be developed in the CODISAVA2 project are continuity of those developed in CODISAVA, but in CODISAVA2 new technological lines will be developed to address the challenges associated with the new aircraft topologies proposed in the Urban Air Mobility (UAM), including the air transport of people, goods and services. The following is a brief summary of the novelty of the CODISAVA2 activities and technology lines compared to CODISAVA:

Activity 1: Definition of target aircraft requirements. In this activity, aircraft requirements will be defined in the same way as in CODISAVA, but also taking into account the UAM segment, which is booming and has very particular requirements in terms of operation, range, manoeuvrability, safety and efficiency. New types of aircraft will be proposed, new use cases that will allow a broad spectrum of all the technologies that will need to be developed for the more distributed, diverse and connected aeronautics of the future to be evaluated.

Activity 2: Aircraft control and health, perception and distributed communications. Aircraft control and distributed communications were two points that were initiated in CODISAVA and will be continued in CODISAVA2. Perception and the problems posed by airspace management are two new aspects that complement this activity very well and which are addressed in this project by VICOMTECH (a benchmark in vision issues) and the UPV/EHU. The following technological lines to be developed in the project address aircraft control by means of new techniques such as deep reinforcement learning and the relationship of the aircraft with its environment (communications and perception), but also begin to take steps in the management of the future airspace with a very wide diversity of aircraft.

Activity 3: Distributed power grid and energy storage architectures. The lines of development related to energy efficiency and the safety of the aircraft's electrical network began in CODISAVA as they are the fundamental lines with which to begin research into the aircraft of the future. In CODISAVA2, knowledge in electrical energy storage elements, present through CIDETEC, a reference in the development of electrical energy storage systems, will be developed. Within this activity, knowledge will be developed around new concepts of decentralised energy architecture that allow the use of all the existing potential within the distribution network, by facilitating the interconnection of all high voltage and low voltage subsystems in an optimal and efficient way, avoiding the current bottlenecks. It is therefore proposed to work on both the development of new energy optimisation algorithms and the development of highly distributed storage systems.

Vicomtech is developing computer vision algorithms for aircraft geolocation and detection of safe landing zones. Geolocation in urban environments based on satellite signal alone is not sufficiently reliable. Research is being carried out on vision-based geolocation techniques, so that the aircraft is able to recognise the environment and determine its position on a previously generated map. For the detection of safe landing zones, algorithms are being implemented to calculate depth maps based on deep learning and the detection of landing zones that have sufficient area and are free of obstacles.

The leader of this project is TECNALIA and we participate as partners, CEIT, CTA - Aeronautical Technologies Centre Foundation, TECNUN, UPV/EHU - Department of Computer Science and Artificial Intelligence and CIDETEC.