inLane project, coordinated by Vicomtech, culminates with successful final event and praise from the European Commission 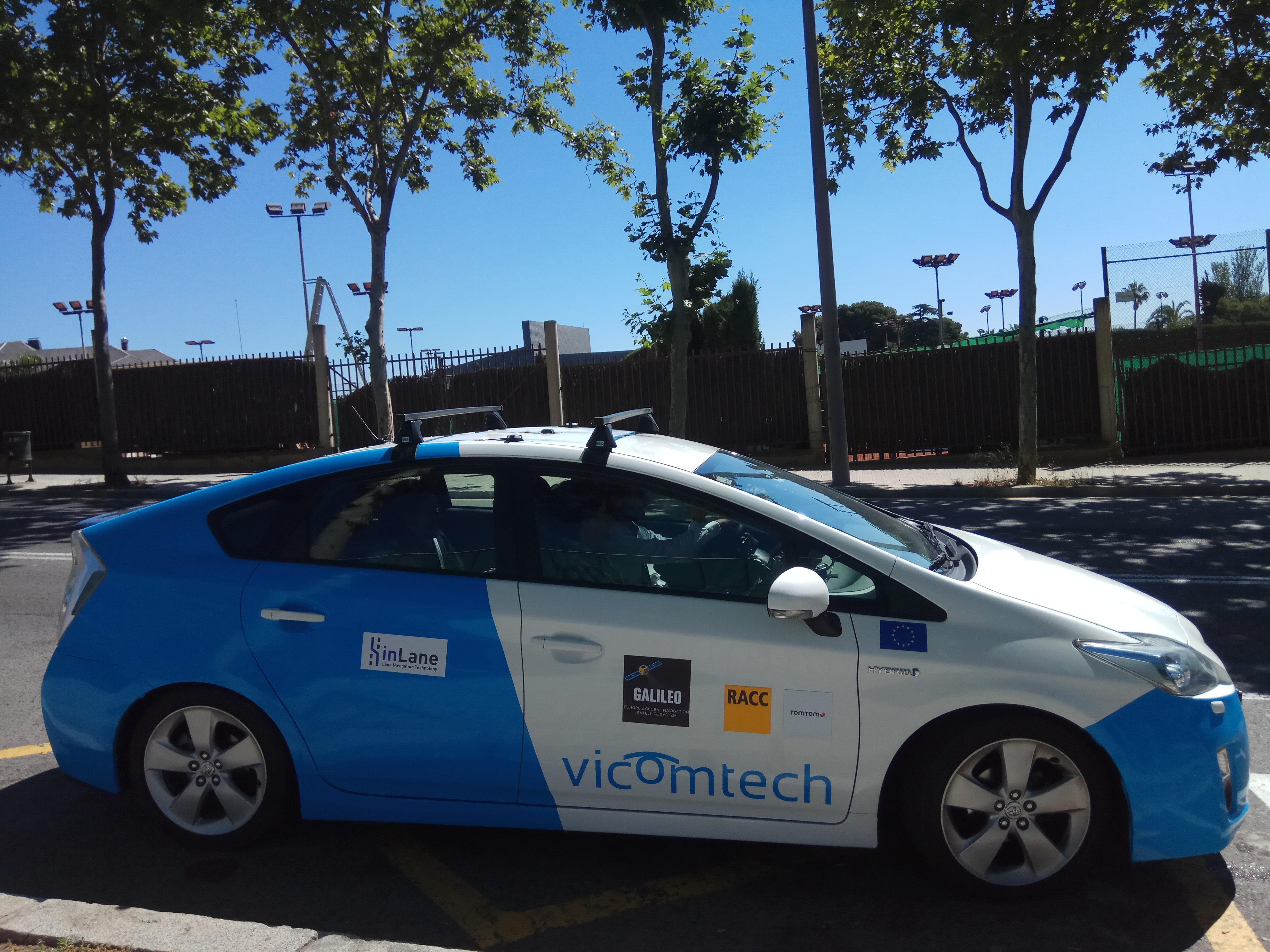 The inLane consortium took to the sunny streets of Barcelona on 19 June to demonstrate the final prototype of its lane-level navigation application, which has been made possible due to the fusion of EGNSS and Computer Vision technology. This was just one of the many captivating aspects of the project’s final event, which was attended by more than 50 stakeholders. Whether interested in lane-level navigation, local dynamic map generation, or sensor fusion, everyone could find something for themselves at the inLane final event.

The event was opened by keynote speeches from the Royal Automobile Club of Catalonia and the European GNSS Agency. Then inLane project coordinator Oihana Otaegui (Vicomtech) presented the vision and mission of the inLane project. Then the floor was opened to a series of practical, hands-on demonstrations of the solutions developed by inLane – scene understanding, local dynamic map generation, crowdsourced map updates, and augmented reality for advanced driver assistance systems (ADAS). Participants were also able to experience the inLane technology enhanced vehicle, property of Vicomtech, and take a ride together with inLane consortium partners, who explained the operational details of the lane-level navigation technology.

After the demonstrations, participants gathered back in the conference room and listened to a panel featuring lively debates on the benefits of inLane and Galileo technology, which were addressed from three different viewpoints – research, industry, and public authorities and end users – and moderated by Erwin Vermassen (ERTICO – ITS Europe). All of the inLane project partners participated in the panel discussions and presented unique viewpoints, thus shedding more light on the multiple possible opportunities for the take up of the inLane technology in the future.

The event was also attended by European Commission representatives who remarked that “today you witness technology that will become reality in every car in the future”. The day after the final event, inLane successfully passed its final review with praise from the European Commission. Thus, the inLane project has come to a close and the project team would like to thank all the participants of the inLane final event and all the stakeholders who have shown their interest throughout the two and a half year lifespan of the project, and encourage any future projects that are looking into advancing the automotive sector by harnessing the potential of EGNOSS and Galileo GNSS technology.

Over a period of thirty months, ten project partners originating from six European member states, researched and developed innovative technologies to enhance the lane level positioning and mapping technology of next generation ADAS systems. The project achieved major advances in lane level accuracy, scene understanding, navigation and map data, precise positioning and visual odometry. These technological accomplishments were made possible by advanced fusion of data produced by affordable and ubiquitous sensors. The processing of the data, in-vehicle or in the cloud, combined with an advanced positioning system such as Galileo, has provided the foundations on which the technology for tomorrow’s automated driven vehicles is built.

In addition to coordinating the project, Vicomtech led the integration and technical tests of the prototypes as well as providing the perception algorithms for lane detection and traffic sign recognition.

This project has received funding from the European GNSS Agency under the European Union's Horizon 2020 innovation programme under grant agreement No 687458.