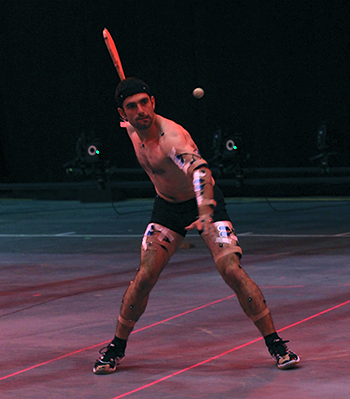 Five pelota players and four Gaelic football, hurling and camogie players went to the Audiomotion Studios in Oxford, UK last week. Their moves were recorded with high-tech motion capture within the RePlay project, financed by the EU, and headed by Vicomtech-IK4.

The aim of the project is to digitalise European traditional sports and games with a low cost system for the capture of players’ movements.