The conference held on March 31 at the Bilbao Ensanche Building highlighted the importance of tools and technologies for the generation and detection of DeepFakes, an area full of application possibilities, although it also carries a risk of improper use. 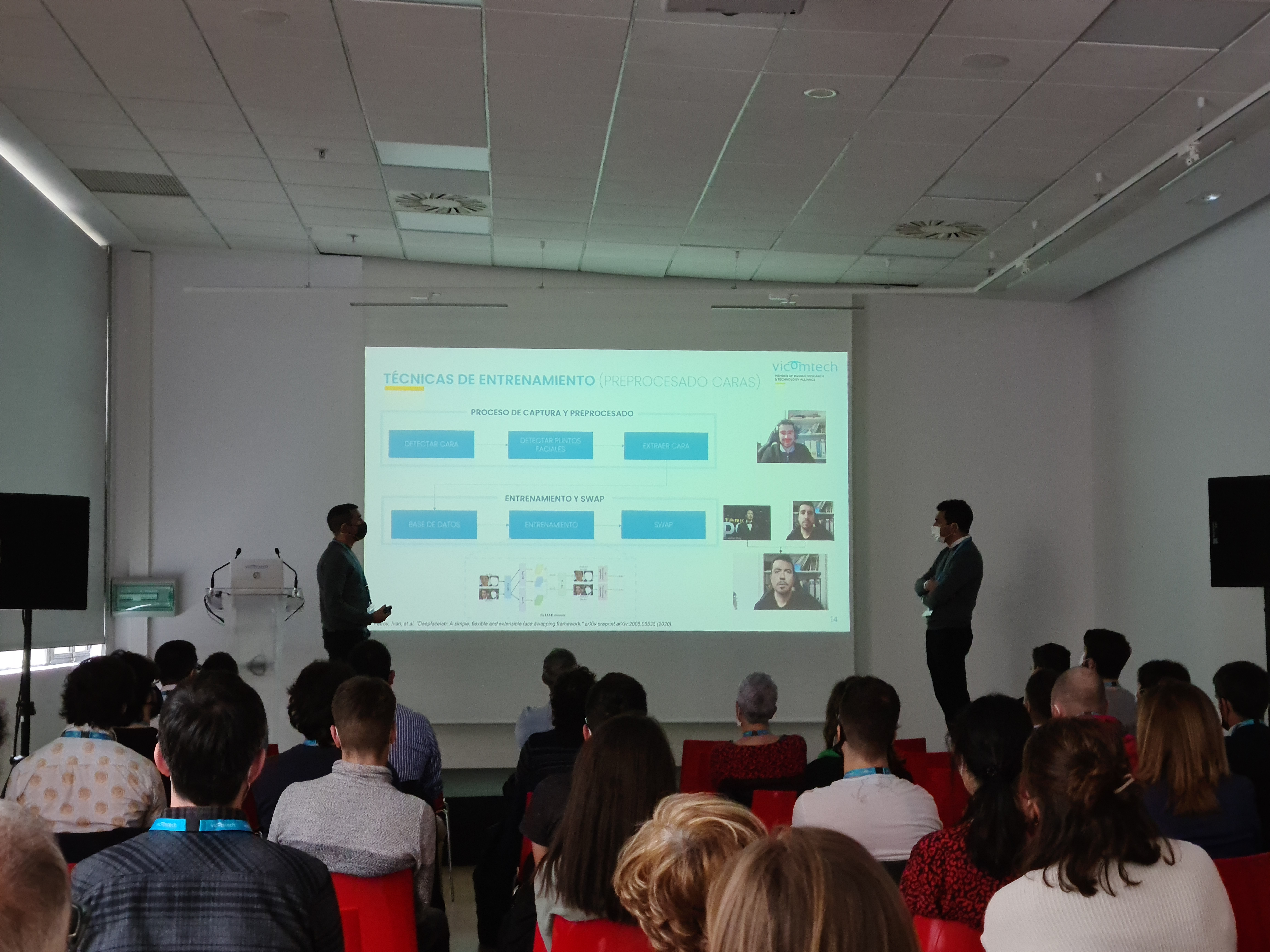 The session featured three experts from Vicomtech: Jorge Posada, deputy director; Aitor Álvarez, researcher in Speech Technologies; and Unai Elordi, researcher in Artificial Intelligence. After presenting the technologies available on the market and developed at Vicomtech, as well as the sectors in which they are applied, the speakers explained what exactly is a DeepFake (impersonation of a user with images and/or audio), a FaceSwap (exchange of the faces of two people) and a VoiceSwap (application of voice-voice conversion techniques in the style of FaceSwap).

Next, they detailed how images and synthetic voices are generated, through a review of the most common techniques and the detailed analysis of real cases. They also listed the positive applications of this technology in fields such as marketing, advertising, the audiovisual sector, the entertainment industry, branding, education, art and security, without forgetting IVR systems (banking, insurance...).

During the session they also reviewed the cases in which DeepFakes, FaceSwaps and VoiceSwaps could be used maliciously, and provided keys to detect them. For example, in the cases of DeepFakes, the shine on the glasses, together with the geometry of the hair, can be unnatural. Overall, the two researchers noted that the key is to detect unnaturalness in both images and synthetic voices.

By way of conclusion, they expressed that Vicomtech is capable of developing all these technologies, which they considered "transversal", due to their application to multiple sectors. They also underlined that they are tools that contribute to the development of Artificial Intelligence and the improvement of privacy preservation. As a final note, they advocated the regulation of the generation of DeepFakes, a field in which there is still a long way to go.