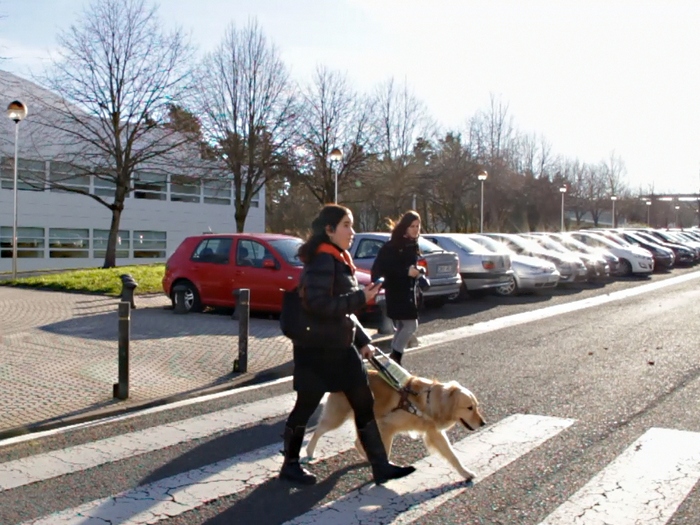 It is a GPS that has been especially designed thinking on blind or impaired vision people, and which can also be used by people working under low vision conditions or even in emergency situations. This system uses 3D sounds and geolocation which allow users to move around and reach their destinations safe and sound. This is made by using 3D sounds that periodically repeat throughout the way.

This innovative system was tested in San Sebastian by Zuriñe de Anzola, a blind person who covered a short distance in the Gipuzkoa Technology Park.

The system is a product of a European project, headed by Vicomtech-IK4, named ARGUS, and in which centres from Germany, Austria, UK and Spain participate. Also participated in the project impaired vision user associations such as ONCE and Fundación Tecnológica Social FTS. Also over 110 blind people from the different European countries helped validate both the system’s design and development.