One of the most basic aspects of clinical care in hospitals is the understanding of risk factors for disease and mortality, especially for rare but preventable diseases or outcomes. Although the development of disease relationships has a long history, the recent advent of digitized medical records and disease registries has improved the ability to organize and analyze health data. The availability of these data allows the retrieval of known temporal correlations of diseases using non-longitudinal data, the exploration of unordered disease pairs, and enables network analyses of disease relationships on a national scale. However, while big data analytics have aided the ability to visualize, search, and organize health data, success in identifying and validating new temporal relationships between diseases that could significantly change clinical care has been limited.

The main objective of this project is to implement tools based on artificial intelligence for the development of algorithms that define different temporal pathologies trajectories in order to predict future diseases, as well as the development of innovative visual analytics tools to help healthcare professionals in decision making.

Vicomtech is in charge of data mining to analyze disease trajectories and of making visualizations so that they can interpret these relationships between diseases in the simplest possible way. In addition, in a second instance, it will be in charge of creating AI models that estimate which patients are most likely to suffer from the second disease, with the aim of intervening in them and preventing them from suffering from this second disease trajectory.

Technological objectives include research into technologies that allow a better understanding of the data from its origin, and allow its subsequent exploitation by a knowledge management system.

Research into technologies that allow these data to be converted into knowledge and to obtain an efficient exploitation of the same in a health field through the application of predictive models and decision support systems for both medical professionals and health managers.

Research in technologies that promote prevention, with special emphasis on that population vulnerable to a potential risk of developing multiple diseases. 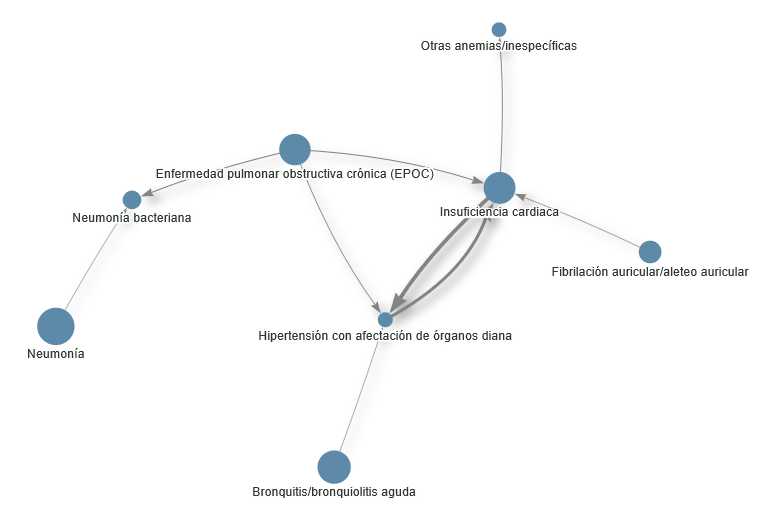