Labour induction is one of the major causes of increasing cesarean rate today. On approximately 450,000 of the births occurred in Spain in 2012, 135,000 were induced. Thus, induction has become one of the challenges of modern obstetrics and source of scientific debate. The system now used for prediction of successful induction relies on cervical screening. Although this system is a key aspect in the clinical risk-benefit balance, it is a classic model and has a prediction limited capacity. The extracted information obtained by cervix palpation is insufficient to accurately select the best labor induction technique in each case. Although several research groups have studied other variables and have shown to have better predictability, there is no agreement among the scientific community about the best system that could replace the current one.

The analyze of ultrasound images of the cervix of a pregnant woman, obtained prior to labour induction, will allow the development of more valid and accurate predictive models that would facilitate further personalization of treatment and clinical management. Such a system could be decisive to predict with greater probability of success which induction protocol will lead to natural childbirth and thus reduce the number of cesareans.

In this context, the ALTAIr first objective is to analyze the texture of the cervix from ultrasound to assist the obstetrician in determining the optimal method for labor induction for each patient, reducing the number of caesarean and significantly benefiting both health of the pregnant woman and the newborn. This part of the project will be implemented in collaboration between Vicomtech technological center and BioCruces who will provide Vicomtech with patient data needed for both the implementation of the predictive model and its validation.

The second scenario of application targeted by the ALTAIR project concerns the field of vascular surgery, specifically the prediction of the evolution of an abdominal aortic aneurysm excluded by means of EVAR (Endovascular Aneurysm Repair).

AAA is a focal dilatation somewhere in the abdominal section of the aorta. Nowadays, one of the preferred treatment options is a surgical procedure called minimally invasive Endovascular Aneurysm Repair (Endovascular Aneurysm Repair or EVAR) in which a stent (stent graft) is inserted to exclude the aneurysm from the bloodstream. EVAR requires a post-treatment follow up to ensure that the stent is stable (no leaks or endoleaks - presence of blood flow within the aneurysm sac) and that the bag has been properly excluded from circulation. This monitoring is done using CT imaging studies performed at regular intervals. A reduction of the size of the aneurysm indicates that exclusion has been effective, while an expansion of the same or the presence of a leak are indicators that the treatment has failed and that there is a risk of rupture. Although sometimes this can occur by the presence of a leak, the sac may continue to increase in size without the presence of a detectable leak in a phenomenon known as endotension and that occurs in about 36% of patients.

In this context, the ALTAIR second objective is to quantify the risk of rupture of the aneurysm sac after EVAR be done, by using a predictive model based on a set of measures or physical characteristics of the texture of the bag. AAA texture will be studied from post-operative CT images in various time points to predict their evolution and to locate possible cases with no detectable leaks by visual inspection. This part of the project will be conducted in collaboration with University Hospital Donostia 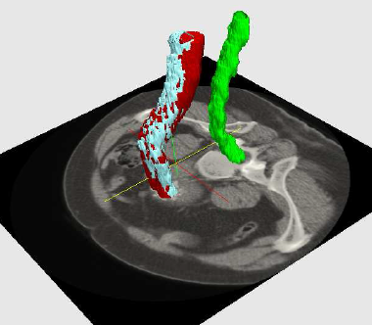 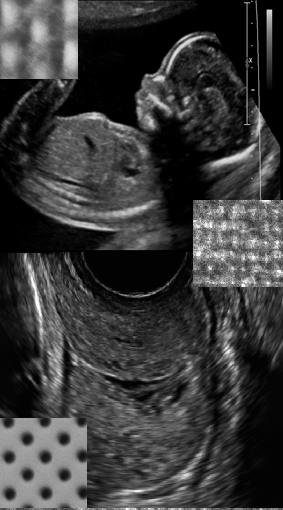